If you have a Ticketmaster.com account and purchased tickets with it between 10/21/1999 and 2/27/2013, you should have gotten the attached email this week.

I found it in my spam folder, because of course it was.

You know those bullshit shipping and service fees we’ve been cursing since we were wee lads? Ticketmaster was recently pineapple-fisted to the tune of $400 million in a class-action settlement because of them.

Normally, we’d be receiving a 75 cent credit towards the water fountains at the BB&T Ampifuckyourself in Camden.

But pay particular attention to the last bit about ticket codes:

“Each Class Member who made a purchase transaction on www.ticketmaster.com between October 21, 1999 and February 27, 2013, should anticipate receiving, on or around June 18, 2016, at least one Ticket Code potentially redeemable for two tickets for concert events at Live Nation owned or operated venues, subject to availability and limitations (described generally below and in more detail in the Settlement Agreement and Release). Individual Class Members will receive one Ticket Code for each purchase transaction during the Class Period, up to a maximum of 17 Ticket Codes.“

How many purchases do YOU think you made in that 14-year span? I’d bet I’m near the limit of 17.

They’ll start posting the voucher-eligible shows (think Raffi or The Who) at this site starting June 18th:

There’s also a link to sign up for emails about the voucher shows here:

Go get some, because it’s all there is.

You are receiving this email because you are a Class Member in the Schlesinger v. Ticketmaster Class Action Settlement.

The settlement has been finally approved and all appeals have been resolved. To the extent you are eligible to receive them, your Discount, UPS Discount, and Ticket Codes will be placed in your Ticketmaster.com account and will be available for your use starting on or around June 18, 2016. An active link to access your Ticketmaster account where your codes will reside is provided below:

All Codes that you receive as part of this settlement are available to you at the My Account Page at www.ticketmaster.com. Nevertheless, we recommend that you print them out, write them down or photograph them so they are readily available to you during a transaction.

For more information about each of the three different types of Codes you may have received under the Settlement, please review the information below.

Each Class Member who made a purchase transaction on www.ticketmaster.com between October 21, 1999 and February 27, 2013, should anticipate receiving, on or around June 18, 2016, at least one Ticket Code potentially redeemable for two tickets for concert events at Live Nation owned or operated venues, subject to availability and limitations (described generally below and in more detail in the Settlement Agreement and Release). Individual Class Members will receive one Ticket Code for each purchase transaction during the Class Period, up to a maximum of 17 Ticket Codes. Once available, you may redeem your Ticket Codes on eligible transactions at www.ticketmaster.com. A dedicated website located at http://concerts.livenation.com/microsite/settlement has been established so you can readily see events, once they are identified, where Ticket Codes may be used. Please note the following regarding using any Ticket Codes you are eligible to receive.

If you have any questions, please contact the Settlement Administrator at ticketfeelitigation@gcginc.com. Please retain this email for your records. 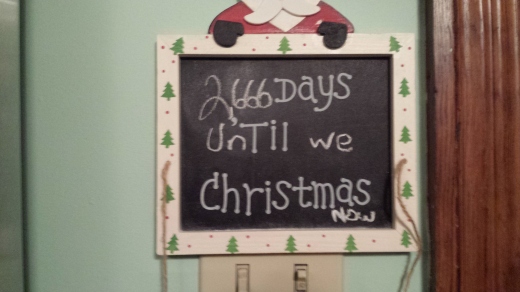 “The way we live and value our lives are the expression of the society we live in.

And we cling to that.

It doesn’t matter if I’m the president.

I’ve thought about all this a lot.

I spent over 10 years in a solitary confinement cell.

I had the time…

I spent 7 years without opening a book.

It left me time to think.

This is what I discovered.

Either you’re happy with very little, without overburdening yourself, because you have happiness inside, or you’ll get nowhere.

But we invented a consumer society which is continually seeking growth. When there’s no growth, it’s tragic.

We invented a mountain of superfluous consumption. You keep buying, throwing away…

It’s our lives we are squandering.

When I buy something, or when you buy it, we’re not paying with money.

We’re paying with the time from our lives we had to spend to earn that money.

The difference is that you can’t buy life.

And it’s terrible to waste your life losing your freedom.”

This is from the movie Human, posted yesterday to Google’s main page. It marks the first time that I’ve ever seen anyone attempt to do anything truly productive in memory of 9/11.

Sadly, the types of people who most need to see this will proudly not give a shit. 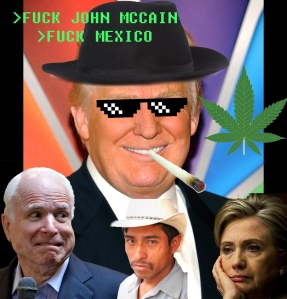 It’s long, but you should check it out.

TL;DW: We are all part of a fucked up, self-centered “virus with shoes.”  We are also ingenious and amazingly capable, so maybe we should do something about it.

A Parting Word From Jon Stewart

Those are some big shoes.

The following is my reply to a post by a fellow masturblogger and one of my followers (?!), ironically a devout Christian.

His incorrect contentions are that any Good Christian™ should forgive Josh Duggar for molesting HIS FIVE YEAR OLD SISTER, and the entire Duggar family for enabling/abetting said molestation.

I know many Christians are eager to spread the good word, but at what point does it become vanity? I think the whole Duggar family is guilty of it. They are quite literally doing the same thing as the family from Here Comes Honey Boo Boo.

My (admittedly minimal) outrage is compounded by the audacity it takes to use his family’s bully pulpit to wax evangelical out of one side of his mouth and suck from the teat of sin with the other. He’s just like the priest who was advising a gay teen to kill himself until he was recently outed on some gay dating site, or any of the scores of proselytizers who have been caught with their hands in the proverbial cookie jar.

I’m about as secular as they come, but I do believe in forgiveness as a personal sanity preservation measure.

The molestation is just the cherry on top of a poop sundae with “reality TV star” and “friend of Rick Santorum and the Palin family” sprinkles.

I’d say the only reasonable course of action is to put him in a rocket and fire him into the sun.

Posted in el juego, for realz yo | Tagged Clown Car Vagina Family, Duggar, fuckyourblog, fuckyourblog.com, Like somebody kicked a hole in the side of a rotting hog carcass, Molestation | Leave a comment

I spent most of my youth saying the man’s name like the sound a cow makes plus a G. I’m sure a lot of people did. Sorry, Bob.

He made some of the first analog synthesizers. Then some of the best. They were used in everything from prog rock to classical to funk to introspective, anus-gazing ART music.

Today would have been Bob’s 81st birthday and just I saw this video.

It is what amounts to a fifteen minute advertisement for exact replicas of Keith Emerson’s Moog Modular System. 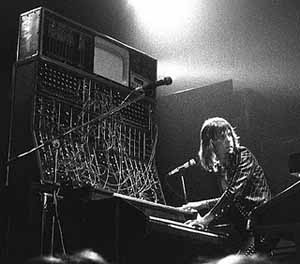 Pictured: A custom skyscraper of Moog analog synthesizer modules and the guy from Emerson Lake & Palmer who used to stab his Hammond organ with a knife for that true, natural sustain.

This thing would be totally awesome if you:

The way I see it, this is basically the same thing as any other kind of geek building a replica of Captain Kirk’s chair or an old Tron arcade cabinet from scratch.  Except you’re paying Moog $150,000 to do it for you.

From a practical standpoint, it’s stupid unless you’re a keyboard demigod who can afford an extra roadie to haul it around and fix it when one of its million components inevitably breaks and is also bored with smoking joints rolled with $100 bills and snorting cocaine through a foot long, diamond-encrusted gold straw from a Tiffany crystal punch bowl.

On the other hand, it looks and sounds bad as shit.

If you played that thing on stage…those hirsute 1970’s groupies would be moist in no time, boss.

Anyway, happy birthday, Bob! Thanks for the bleeps and bloops! Your work inspired generations of talented musical pioneers and charlatans alike.

It was 1997/1998, and the Flyers were fresh off of their “choking situation”, four game sweep at the hands of the Red Wings in the Stanley Cup. The Philadelphia Phantoms had just started in 1996 as the Flyers’ AHL/minor league affiliate and were the best team in the AHL with 111 points in their first season, and won the Calder Cup championship in their second.

My friends and I probably saw 30 Phantoms games together at the Spectrum that season. Tickets were $7 and beers $3.50, and you could still smoke pretty much anything anywhere along the concourse inside during the game.

We’d get together and have hoagies and a beer or six at the deli before hopping into Bill’s van to drive into the city. We’d get high the entire way down, then have another few while tailgating in the parking lot before the game. It was always a good time and none of us were angry drunks, so nobody ever got in any really serious trouble.

Noah was a smart kid. I could probably write an entire book about the guy, but in short, he was adopted, he was probably the most die-hard Deadhead I ever knew, and he was one of those guys who would take five doses of whatever you took. Always.

He and another guy had started getting into pills, which eventually led to us not hanging out so much because opiates make you an insufferable, irrational fucking idiot. But this was the period where his pill-addled antics were still entertaining, and at one of those Phantoms games he was the architect of one of the most memorable pranks I ever witnessed.

During that game, I had seats with one friend in the first row of the 2nd level at center ice, and Noah and Bill had the same seats directly across the red line on the other side. We were all pretty banged up as usual, but Noah was visibly so, even from across the arena.

You know the routine. Loud as hell. Falling all over the place even while seated. Spilling beers and shit. Mr. Partytime.

But this was highly amusing to us from our safe distance, and he was making an ass out of himself to get our attention the entire time.

It got to the point during a timeout where some local radio stooge would go around to the fans inside the Spectrum at random and ask trivia questions and give out prizes over the PA system, and of course he chose Noah to play “Let’s Make A Deal.”

In hindsight, I wonder why security hadn’t observed Noah’s high level of intoxication prior to committing to playing a game with him in public, but I guess it was just a simpler time.

The radio guy asked his name and hometown. His reply was whispered and almost inaudible.  He asked him again. Another whisper, but audible this time because they had turned up the level of the microphone.

This continued, and each time Noah whispered his response they’d turn up and ask him to repeat himself.

Finally the guy asked him the million-dollar question:

“Noah, are you going to go with the $25 Dick’s Sporting Goods gift certificate, or with what we have hidden in the box?”

And that time, Noah yelled at the very top of his lungs,

They had turned up his microphone so loud that I’m surprised he didn’t blow out some of the PA speakers. The level of his voice and the accompanying feedback was ear-splitting. Enough to rumble the seats.

We laughed for the rest of the game. I think Noah passed out and slept on the way home.

A few months later he got into heroin and you know the rest.

I still remember that moment fondly.